So I’m looking at a few options for sprint packs, gotta cut some pounds off the giant leaf pack I run. Ive seen some Decent 13s packs out there that were certainly cost effective. What setups are you all running for those that run the smaller “sprint packs” for the short races or even at the end or beginning of the enduros???

Back when we were running lead acid for our Endurance packs (they would last two 15 minute enduro shifts), we had an ammo case with 12S 16AH LiPo (hobbyking) packs as our sprint pack. We also set up the wiring such that we could have at least one enduro shift with the lipo pack, so sometimes we’d do the first 60 minutes of the enduro on SLA and then, after everyone is starting to slow down and break down, do our last 15 minutes with our highest power, lowest voltage sag sprint pack to really shake things up. That was back when Hobbyking was doing CRAZY DEALS on those lipo, though. I got 6S 16AH packs for $50!

This feels somewhat directed at me so sure I’ll respond.

I’m looking at converting to a homemade cylindrical setup. I also almost did a lipo setup but in the end decided against it and sold all the packs.

Right now I have 13s6p of 21700 based cells (Samsung 30T) for my sprint pack. That would make it 18ah at 46.8v nominal, roughly 850 watt hours. I would love to instead use 4ah cells like a Samsung 40T, Moli 42, etc, as that would give me 24aH total in the same form factor without really notably sacrificing pack IR. But alas I’ll work with what I was given (for free).

These packs have a raw weight of about 12 pounds. With the 3D printed case, quick latch, and BMS probably something like 13-14 pounds all in. Super easy to package at slightly smaller than the size of a sheet of paper and 3" thick. Each pack will have a BMS and have nice simple, safe direct bulk charging now that BMS are pretty cheap.

It actually won’t really directly be a “sprint pack” so much as just my battery setup. The pack should have enough energy to do 2 stints of the Enduro resulting in two swaps (I have a slick swap setup where it can be done in a matter of seconds, at least when it’s behaving). Will have a total of 2 or more likely 3 packs total. 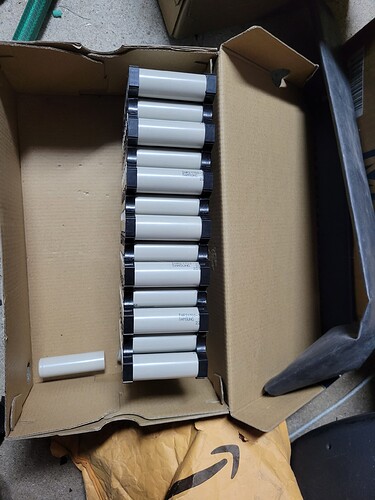 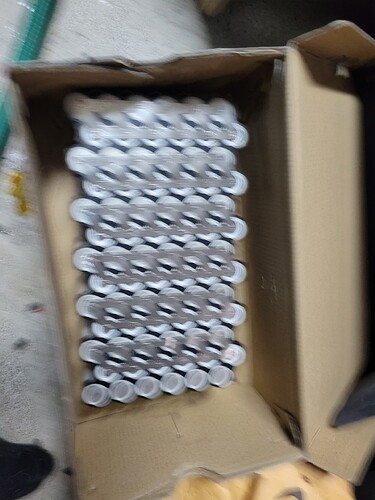 WhatsADSM you know how much I enjoy your insight and knowledge! Not directed at anyone really, just trying to generate threads on here!

I know you had one, pretty sure the guys at Akron were working one, Warren and Andrew. Definitely know the RIT gang had some smaller packs they were all kicking around at Rallypgh. Andrew my teammate, TUBLIFE, has one too. I need to get on board.

Not really making any permanent decisions yet till the final ruleset drops. At least not for battery options. Although the potential pack I’m working on, would be 40lbs lighter than my leaf pack, and 13s not 12s so yay more volts.

Yea I’m in a similar boat. I put this one together and then decided to wait to see what the rules end up looking like.

Hard to make a final decision on it unless you know the cost of batteries.

@CavemanPartyMachine
Interesting I didn’t know so many others were working on it as well. Hopefully they join and pipe up. Always interested in seeing what others come up with.

WHat do you (tentatively) have planned for yours?

found some decent 13s packs online i plan on using

they are a litttle small but the price is great kinda no matter what the rules end up being. I need to get going on them.

Nice, which packs are you thinking of using?

probably gonna grab 4 so I can make 2 packs. I got a few 13s 60a bms already so just need to get the batteries now.

Very cool I’ve been liking folks to those for a while.

yea that was my plan you can get 4 of them for 120 i think so hoping to make 2 packs… they should last a whole sprint and then some… start an enduro with my leaf pack fo 2-3 pits then swap to one of these to end the race. much cheaper on the bom if i can phase out my leaf pack all together.

If you are willing to swap in the Enduro, maybe consider buying 6 total. Then you can just remove your leaf stuff all-together and sell it. 6 (in groups of 2) should get you through the Enduro without issue.

You should end up with $$ in your pocket, a crazy amount of money saved on the BOM, and a lighter setup that legally runs slightly higher voltage resulting in overall higher performance to boot.

The only downside is really the fact that you will have to swap during the Enduro which costs precious time.

Those packs should be excellent for sprints, they are power cells so they won’t sag too much. Most of us RIT folk are running 18650 packs, but we certainly see some voltage sag. The Matstang uses 2 13s8p packs out of 2200mah LG modem cells, and the sag gets so bad my BMS cuts out after the resting voltage is around 46v. A few of us are using MH1 cells for the additional capacity and output, and they seem to work somewhat better. I know some folks are looking at high discharge cells (power tool cells) for low amp hour sprint packs, because the voltage should remain significantly higher under load. I’d strongly advise ditching the leaf cells all together. None of us are using leaf cells anymore, and the weight savings alone is crazy, and the size of 18650 or other custom packs is significantly better volume wise as well.

Yea don’t use old salvaged modem cells… They are a bad fit for PRS.

Particularly with the new rules being costed per watt/hour power cells are the better bet. Even MH1s are no power cell. A lowly 25r would be a significant step up IMO.